The visit was intended to strengthen the partnership between Spain and Ghana’s Navy through the European Union (EU). It was also to discuss maritime security, defense and stability in the Gulf of Guinea.

In view of the achievements made in democracy and stability, Ghana is still a priority for maritime security.

He said that the Brussels Capitals and the European Union Member States Capitals were preparing their reinforcement strategies for the Yaounde Maritime Architecture.

He said that they had analysed a Brussels initiative to assess the best method to implement it in the fields of intelligence, maintenance and repair for ships as well as technical support in capacity building to strengthen maritime security and defense to fight terrorist threats.

H.E Blanco-Navarrete reiterated that with the berthing of Spanish Naval Ship Serviola P.71 at the WNC, it was an opportunity for them to cooperate with the Ghana Navy in the fight against maritime threats, know their challenges, and how best they could be supported.

He stated that there was an opportunity for Ghana to participate in EU cooperation with Yaounde Architecture. Ghana has the ability and will to lead and benefit from EU schemes.

He said that while maritime security is a top priority for the EU, geopolitical developments in certain parts of the globe were an opportunity to encourage investment and create a strong partnership between Ghana and the EU. 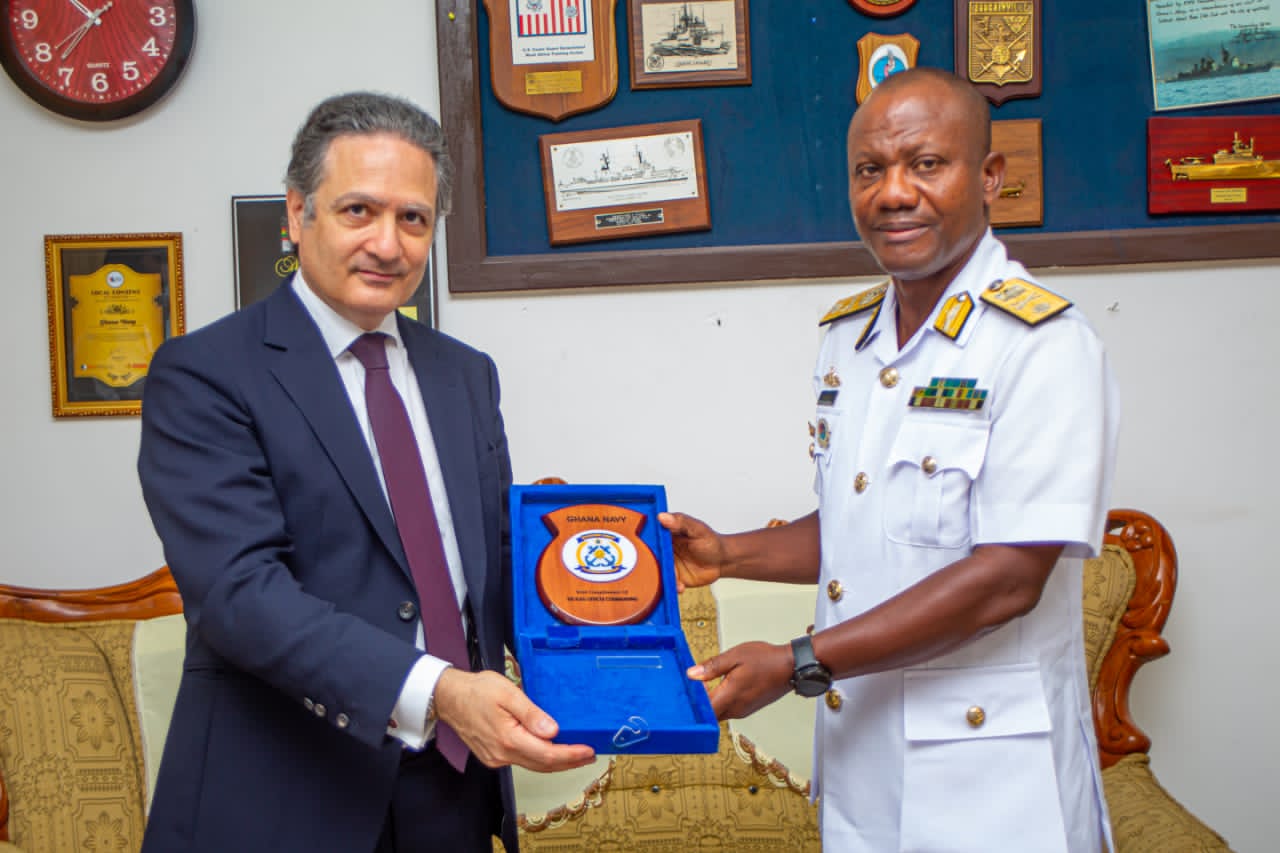 The FOC, on the other hand, expressed delight at having received Ambassador And His Envoys at the Base as well as their curiosity in learning about the problems faced by the Ghana Navy.

He stated that maritime security and safety was an international issue that required cooperation from all concerned countries.

He noted that Spain’s brilliant plan to take their ship to the Western Naval Command was to make contact with them about maritime security and safety in order to gain firsthand knowledge on ground conditions. 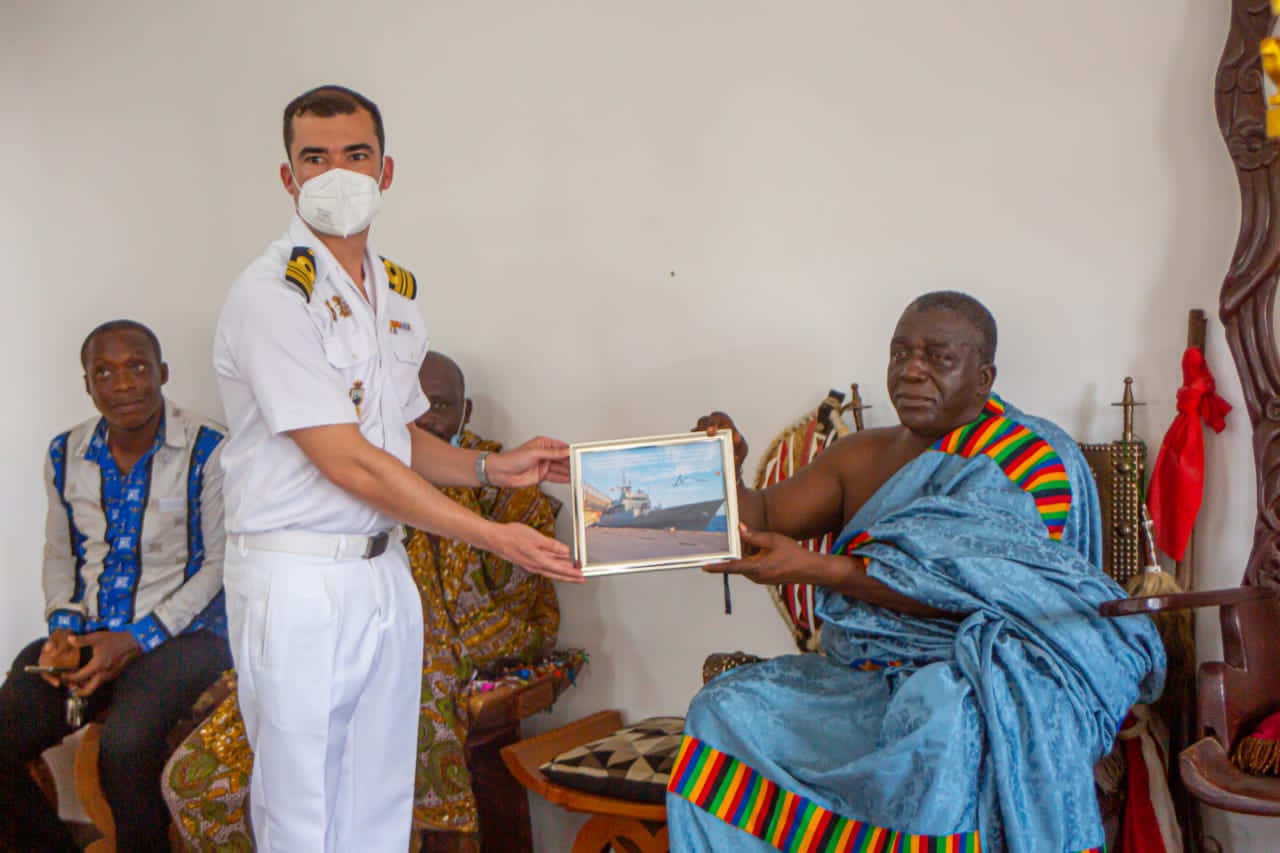 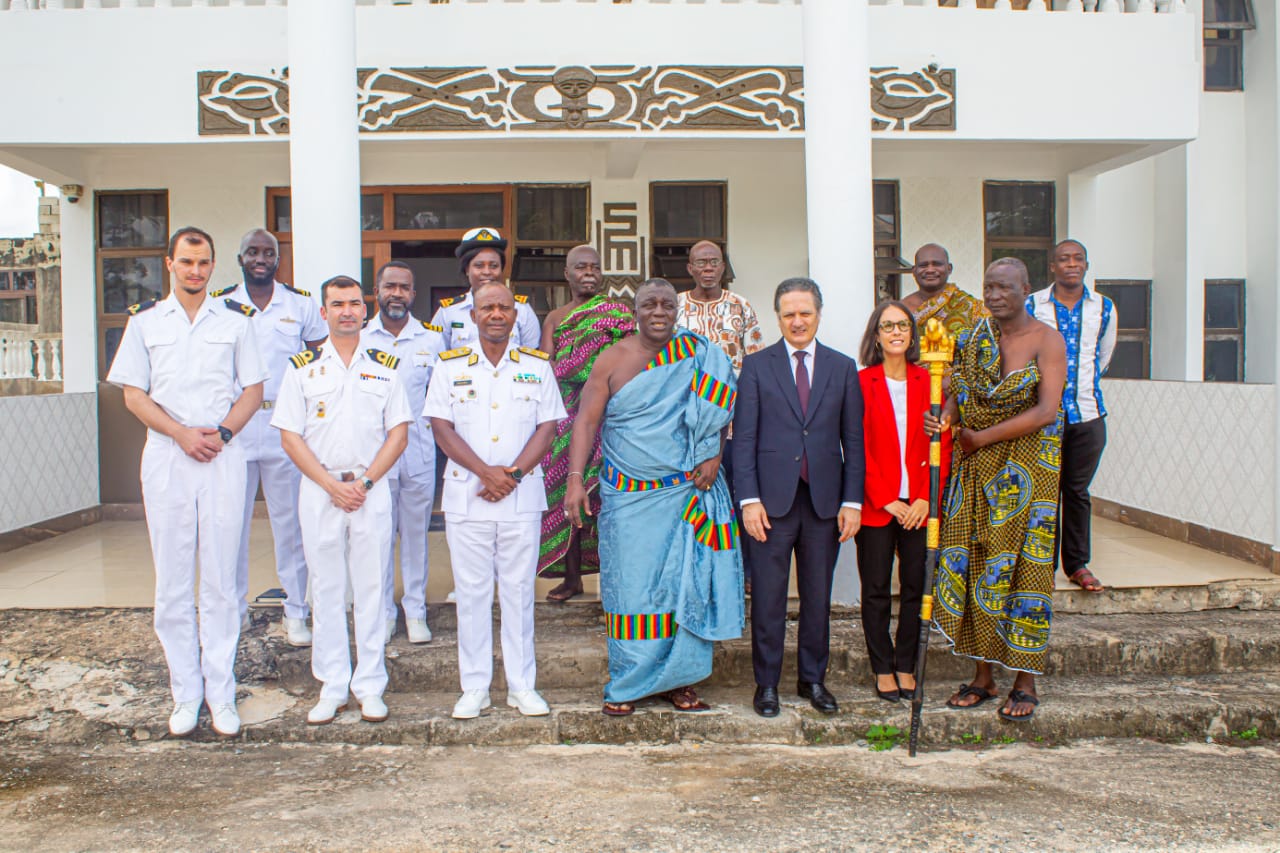 He also called for a capacity-building programme for the naval personnel and other stakeholders in the maritime security domain.

He stated that Ghana is not aligned with any particular country, and was therefore open to working and cooperating with other countries in maritime safety and security.

He gave a plaque as an act of gratitude to the Ambassador. 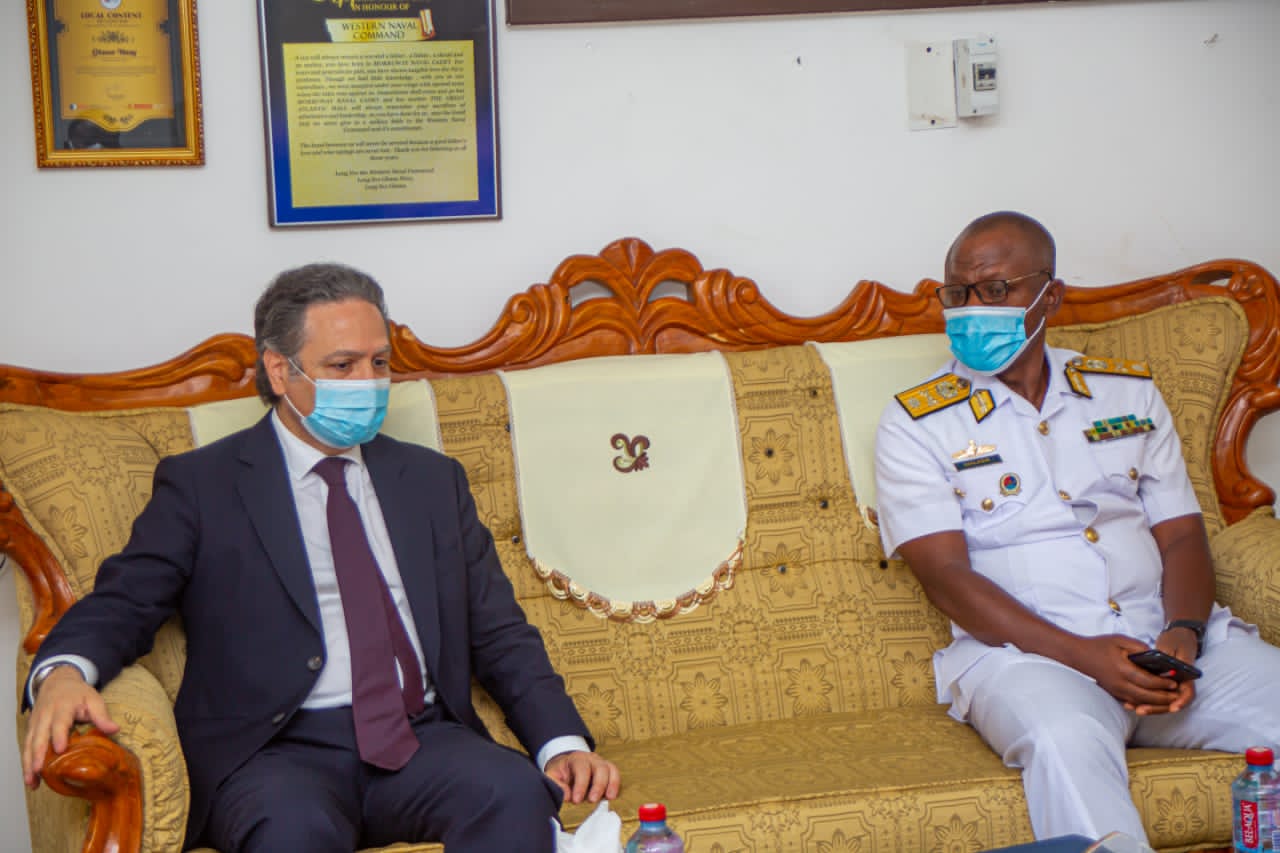 The FOC took the Ambassador with his entourage to Nana Kobina Nketsia, the Paramount Chief for the Essikado Traditional Area. They were then received as customary.

Nana Nketsia expressed hope that their cooperation and interaction in maritime safety will improve to help them combat maritime threats in the region.

The Chief was also given a plaque by the Ambassador as a token of his appreciation.